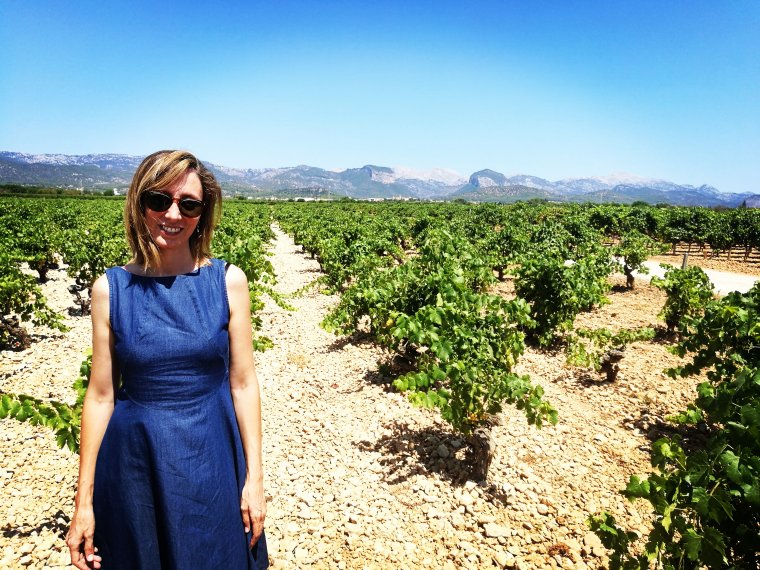 "Women in our family have been central in two very important moments of our history". This is one of the first comments Araceli Servera Ribas does. She nowadays co-directs the winery with his brother, Xavier. They are the tenth generation of winemakers and the second one since they started bottling.

Araceli's great-great-grandfather was sent to Navarra with the Spanish Army and she brought Rosa to Mallorca from there. They had four children and he dies. Nearly at the same time phylloxera ravaged each and every of their vines.

“It was 1895, and this was actually our achievement. We may not be the oldest ones but we were the first ones to plant again. And I think it was partly because my great-great-grandmother loved wine very much", she says.

She states that, at that time, they were also among the few who chose to face that investment. Apricot and almond trees received government funding but vines didn't. "It was very expensive because back then you couldn't buy the grafted plant. You had to grub up the old one with all its roots, wait for a couple years, then plant an American rootstock. You then had to wait for 2 or 3 years for the rootstock to be strong and then graft the scion. From grubbing up to planting again you would have to wait for 6 years. And that's 6 years without any profit and lots of investment", Ca'n Ribas' director says.

From then on they kept making wine, but in bulk, and the other turning point came during the 1980s. Again, instigated by women, Joana and Maria Antònia Oliver-Ribas. The latter being the two directors' mother and the present president of the company.

The Oliver-Ribas sisters along with their first enologist, Francesc Servera, father of the current directors, suggested their father Biel, the winery's owner, to start bottling wine to make it of a better quality. Biel Oliver-Ribas, at first, couldn't conceive this idea coming from his daughters instead of one of his sons. He wasn't entirely sure. "It was my grandmother, Concepció, who interceded and told her husband to let them try. And so they did. My grandmother died 4 years later, at the same time our first aged wine was put for sale, which we named Sió to honor her memory". 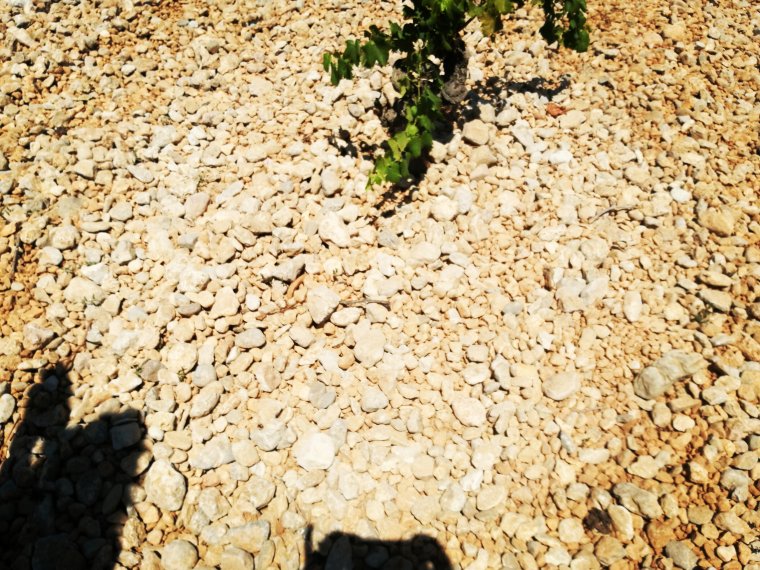 More than 30 years later, managing lies on Maria Antònia's children, Araceli and Xavier. None of them had planned to have a career in winemaking but they've ended up doing it and they're passionate about it.

Araceli says she was going to be a biochemist and that, when she had to do an internship one of the options she was given was the winery's laboratory. She was 20 years old and met Sara Pérez, a Catalan enologist that, at 24 years old, was doing her first assessment in a winery.

Ca’n Ribas is Mallorca's oldest winery and, even though during the 1990s there were only a few restaurants in Zurich that didn't have its wines, nowadays most of it is sold within the island.

Wines born from vines planted among pebbles, a very particular soil, and mainly of the mantonegro variety -local- and white prensal but also callet and the recovered gargollassa variety, which predates phylloxera. A strip of land with viognier -a variety Ca'n Ribas director and enologist considers to be Mediterranean rather than foreign- and cabernet sauvignon, merlot and syrah which help reducing mantonegro's alcohol volume.

They take care so that every vine produces slightly over a kilo of grapes, it's handpicked and all of it goes through the selection table. That's why the family considers expanding the business but not too much so they can keep these same procedures.

All their vines have ecological certification. Concerning organic agriculture, through, they're harshly critical.

"We think organic agriculture has become accommodated. We don't see as a good philosophy that what's treated with one product in traditional agriculture is treated with another or with some of them and that's it. It has to be a whole. An attitude", Servera Ribas states. 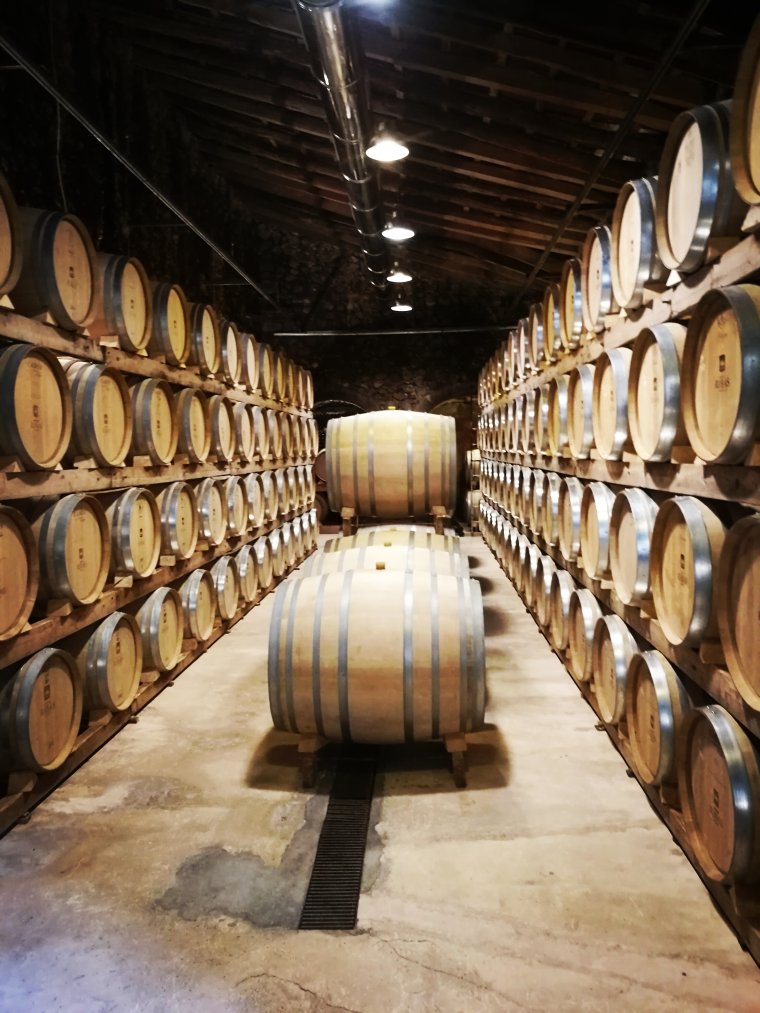 She puts two examples: when all their vines weren't ecological, they realised the ones from traditional viticulture were generating less carbon dioxide because they were less treated. "This doesn't make much sense", she says.

Another example is that they're now facing a grape leafhopper plague, and the product organic agriculture regulations allows them to use to fight them also harms the bees, which is not good. Nowadays they're conducting tests to cut in half the amount suggested by the producers and they've realised the efficiency is the same but with less environmental harm. To Servera Ribas, "we must look beyond that. We must change our mindset".

Although ecology is a priority at Ca'n Ribas, quality is too. "I don't want my wines to be on the organic shelve. I want them to be on the good ones'", says Maria Antònia Oliver-Ribas.

They make 160.000 bottles a year. From the Ribas line, there's three wines: a prensal white, a rednmantonegro, cabernet sauvignon, syrah and merlot and a rosé. Their only one.

“We chose to make it with mantonegro, callet and gargollassa despite their pale colours, in a Provenzal style, which is typical of Mallorcan varieties, were not trendy. Now we sell it a lot", says Ca'n Ribas' director.

They do the white Sió and the red one, paying homage to Grandma Sió, probably the winery's most well-known wine, and finally Ribas de Cabrera, a top-class wine that takes back the ancient family name and is only made on exceptionally good harvest years.

All these wines are sold in advance, this is, before making them and on an estimation, and they say they have a waiting list. 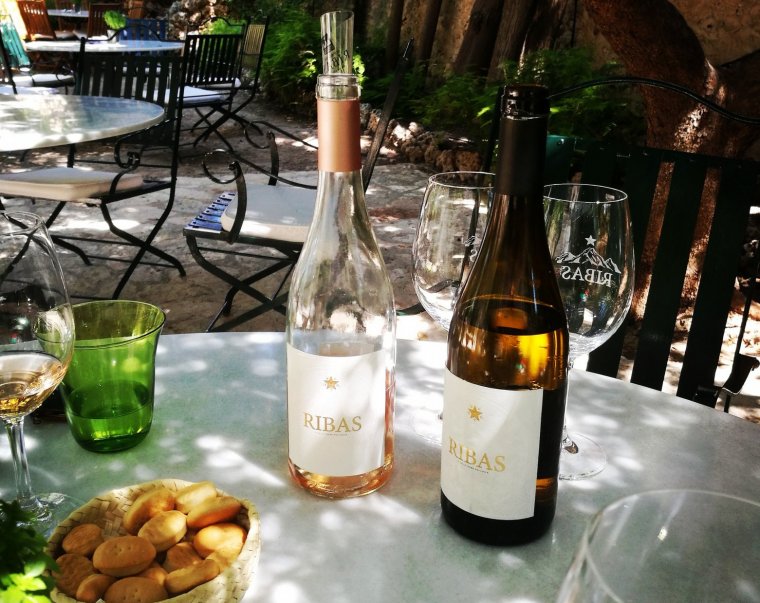 Mallorcan shoemakers Camper, owned by the Fluxà family, have a small strip of vines from which Ca'n Ribas makes the Brutus wine.

It's an exclusive wine, of which only a thousand bottles a year are made and that can be found at the Camper-owned restaurants and hotels in Barcelona and Berlin. It stems from the friendly relationship among the Ribas and the Fluxà families.

The winery's future goes through an expansion that will mean a growth of approximately 20%.

The facilities are being enlarged under architect Rafael Moneo from the Canals-Moneo firm. They intend to have everything ready by May 2019.

It's an 800m2 building that will house the white and rosé fermentation room, and underground cask cellar that will be added to the existing one, the bottling and labelling facilities and a tasting room.

The building's façade will blend in the present architectonic compound, which dates from the 18th century. The inside, in contrast, will have a more contemporary look thanks to the use of white concrete, very open spaces and a good light distribution.

Nearly 10.000 people visit the winery every year, whether they are attracted by old houses which are open for visiting or by the wine tastings they organise.

Now, the current directors' will is to maintain the same brands, improve their quality and achieve some international projection for the mantonegro and prensal varieties.